When programming the NodeMCU ESP8266 in the Arduino IDE and using a common ‘bits per second’ setting for the Serial Monitor, such as 9600 BPS or 115200 BPS, a bunch of random nonsense symbols appears on the first line of the monitor, upon every restart: 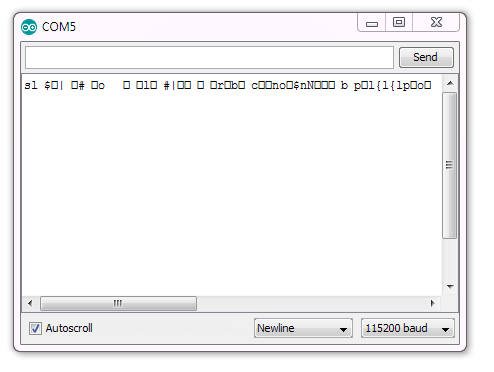 These can be even more worrying if you’re plugging-in a dev board for the first time and there’s no other output or sign of life.

Turns out, these symbols appearing is perfectly normal. They are printed by a piece of bootloader code which always runs before the user sketch and transmits at a different buad rate - 74880 BPS.

Here’s the same output when using the 74880 BPS in the Serial Monitor: 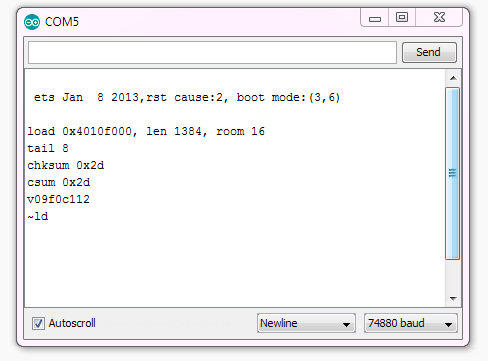 And in plain text: